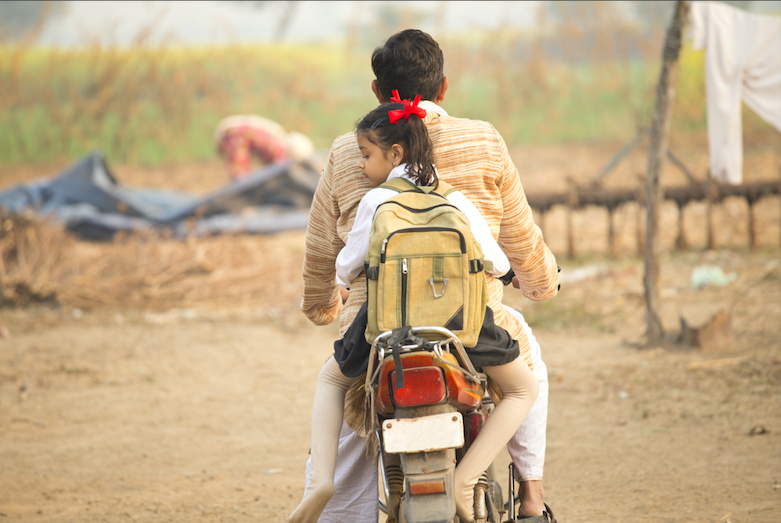 Published in Energetica India on December 2020. Link to the magazine can be found here.

Solar plus energy storage is perhaps the most viable option for standalone hamlets or villages where there is no grid connectivity, and the electricity is currently generated using diesel generator sets. With increased focus on climate change globally, there has been a shift towards renewable energy. India too is seeing a steady transition from fossil fuels towards renewable energy sources. With an ambitious target of achieving 40 percent of installed capacity based on renewable sources by 2030, energy storage appears to be the key to unlock the true potential of renewable energy and realize this target.

The elderly grandfather moves slowly through the darkness, wary of any obstacle that might be in his path. With confidence, he reaches out and flips a switch. Like magic, a warm light fills the room. In another house nearby, a table lamp illuminates the pages as a student studies with the help of her father in the evening after dinner and his long workday as a farmer. In the same village, a school that once closed at dusk is now open for more hours of the day, meeting increased demand for education in a growing population. Near the school, the only healthcare facility in the village used to close before dark. Now it is open in the evening, providing care to a few more sick patients each day. For the tired doctor and nurses inside, a fan cooling the air and a brightly lit room provide comfort and confidence to provide the care their patients deserve. In the town, electric streetlights now pro- vide safety and security to the residents; harmful kerosene lamps now just a relic of the past. In another home, a child runs in -excitedly narrating to his parents that which he just watched on a neighbour’s tv, informing and educating them about the world beyond their village. Close to town, a couple of looms or rural handicraft units now operate at peak capacity, 24 hours per day, providing good jobs to workers in the local village and ensuring they do not have to leave their families to find work. As evening darkens the village goes to sleep with a hope for next dawn. Thus, is the social impact of the electrification of rural India.

India is a land of villages. More than 600,000 villages are scattered around the rural areas of the country; each with a unique identity. These villages are where you get to know the true roots and character of this great country. Visiting a village may sound like a rustic affair but therein lies the true essence of India. Seventy percent it’s population – roughly one-tenth of humanity – live in this countryside. It is a testament to the people who live here that they continue to thrive, with limited facilities and rapid population growth. Indeed, India is thriving as a nation and on the international stage. This also makes rural India a focal point for issues of national and global concern. Economic and societal growth must be addressed. Improvements to society such as electrification, health- care, quality education and sanitation must be provided with minimal impact to the climate.

Over the years, many of India’s resilient rural villages have been trying to remain relevant and adapt to change without losing valued traditions and skills that have survived down the ages. The Smart Village concept helps people access basic life services and amenities like water and electricity and with advances in technology, a gradual transition to sustainable and renewable energy resources has begun to power the smart village concept. Solar panels on rooftops are increasingly common in many villages.

Solar plus energy storage is perhaps the most viable option for standalone hamlets or villages where there is no grid connectivity, and the electricity is currently generated using diesel generator sets. With increased focus on climate change globally, there has been a shift towards renewable energy. India too is seeing a steady transition from fossil fuels towards renewable energy sources. With an ambitious target of achieving 40 percent of installed capacity based on renewable sources by 2030, energy storage appears to be the key to unlock the true potential of renewable energy and realize this target.

In the example of a theoretical small village community on Sagardeep Island in the Sunderbans district of West Bengal region of rural India, a population of 400- 450 people would require a photovoltaic system of ~26KW. This PV system would then be fed into a 2MWh battery. This battery would be able to provide 125KW of power for up to 16 hours before running out. In a more realistic scenario (estimated), the loads from the community would more likely be only 20KW for 4hours in the evening, 4-6 KW during the night when residents are sleeping, and then 4-6KW for a few hours in the morning before the sun rises and begins a new daily charge cycle from the photovoltaic panels.

The world is moving away from fossil fuel power generation, and the people in rural areas are set to reap the biggest rewards. Today, the cost of installed solar is a fraction of the cost of even 5 years ago. Power electronics have got- ten smaller and more reliable while their cost has also fallen. Entire systems that were not feasible just a few years ago are now not only feasible, but also provide their owners with significant return on investment. The social implications are staggering. Rather than leave their homes and villages looking for opportunity (and often finding nothing but despair in the big cities), workers and students could opt to stay with their families, working during the day, children in school, and taking care of elderly parents afterward.

But the biggest advantage of having an energy storage in rural India is mechanization of rural economic activities leading to innovations and job creations. For example, in the states of Assam, Chhattisgarh, Jharkhand, and Odisha, solar-powered electric reeling machines have allowed women working in silk weaving cooperatives to increase their incomes and reduce drudgery. These machines, developed by a private company, use just 10 percent of the power of standard machines, yet they increase productivity and market competitiveness. Children become educated using a combination of in-class teachers for younger students, high school curriculum for teens, and maybe a post-secondary college education at the nearest town a few miles away. As they grow to adulthood, these same children are now able to apply their knowledge in their local community as educators, administrators, technical trade workers and community leaders. Who better to revitalize a community than those who know it from birth?

Ultimately, a hybrid solar/battery power plant provides the community a path forward to educate the young, provide meaningful employment for working-age people, to revitalize rural India and to keep families together.

Reliable, clean electricity provides the social power to transform rural India and the economic power to maintain this great country’s growth now and into the next century.