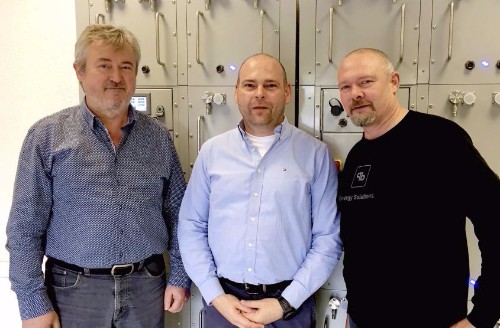 “Noris Automation is a company with deep roots in the marine industry,” said Brent Perry, PBES Chief Executive Officer. “Their attention to exceptional quality and made in Germany products along with devotion to customer service, provide PBES with confidence that Noris is the ideal partner to bring our products to marine customers.”

“We are pleased to announce the agreement with PBES,” stated Uwe Ulrich, Managing Director, Noris Automation GmbH. “Much of the future of shipping will be based on hybrid and electric propulsion. After we evaluated the industry option; as well as the sustainable movement around the globe, the advantages of PBES liquid cooling were clear, and the company’s service driven values fit well with our own.”

The PBES energy storage system has been designed to the highest standards of performance and safety and is designed to seamlessly integrate with all top OEM propulsion systems.

About Noris
The Noris Group GmbH, headquartered in Nuremberg, Germany and its subsidiaries in Rostock – Germany, Rotterdam – Netherlands, Shanghai – China and Singapore are leading manufacturer of Marine Automation Systems, such as Alarm, Monitoring and Control Systems, Propulsion Remote Control Systems, Local Operating Panels, sensors, switches, transducers and indicators for the past 90 years. With almost 200 employees and more than 25 sales and service support centers worldwide, Noris is servicing its customers around the globe with committed quality.