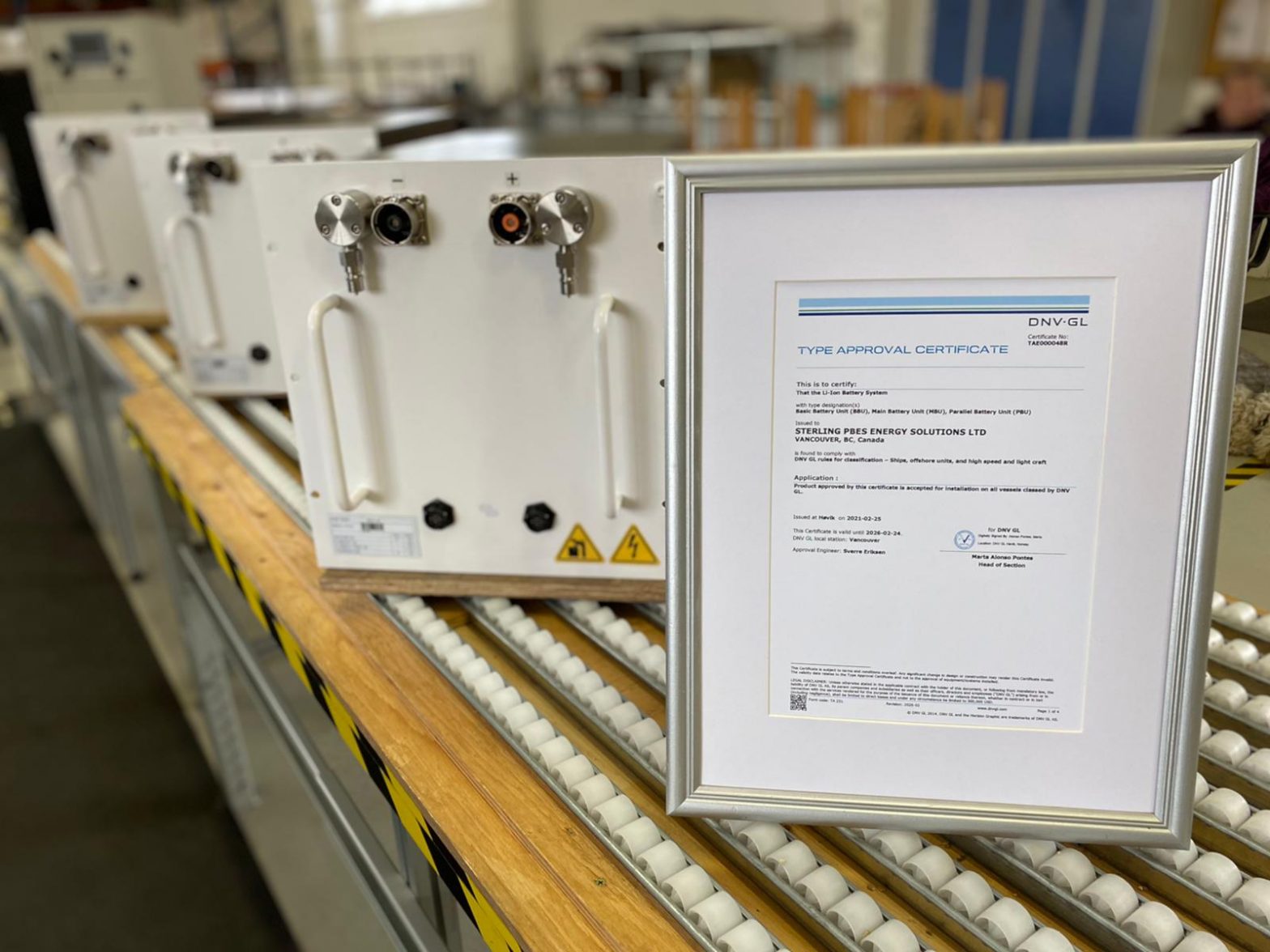 As an early adopter of the certification, SPBES becomes one of the first energy storage solutions (ESS) providers to adhere to the new testing standard, which substantially mitigates the risk of the spread of fire by eliminating the propagation of thermal runaway within a battery module.

“After many months of rigorous testing, we’re proud to have been certified under this new standard. While these standards from DNV GL are stringent, they are vital for the safety of commercial vessels using energy storage. Our focus at Sterling PlanB has always been on building the safest and most robust energy storage solution possible. We have never shied away from the fact that there are risks to installing high capacity lithium batteries and energy storage units on vessels, which must be treated with the level of scrutiny and risk management as any other risks as sea.”

These are the first significant change to testing standards from DNV GL since 2015, and follow a number of high-profile incidents involving thermal runaway. Previous requirements from DNV concluded testing upon the first sign of initial cell failure but before combustion. Revised testing rules demonstrate the clear value of cell-level liquid cooling to prevent adjacent cells from contributing to a fire in a battery.