Sterling PlanB has now conclusively demonstrated that direct exposure to a 950°C fire can be successfully managed by our thermal management system.

On March 24, 2020 – the engineering team at PlanB conducted an A60 fire ‘survivability’ test of the BBU battery module. The main purpose is to test the effectiveness of the BBU cooling system and to verify that the system can withstand a prescribed heat level for a defined period of 60 minutes and remain operable to cool the battery and prevent charged cells from entering thermal runaway. 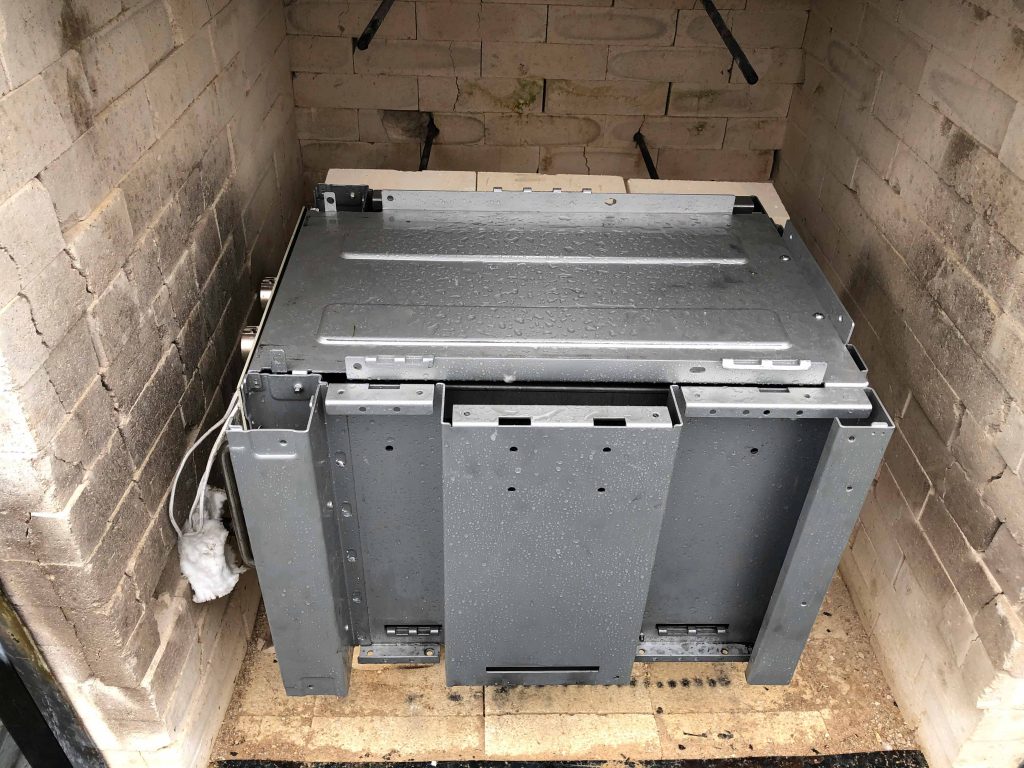 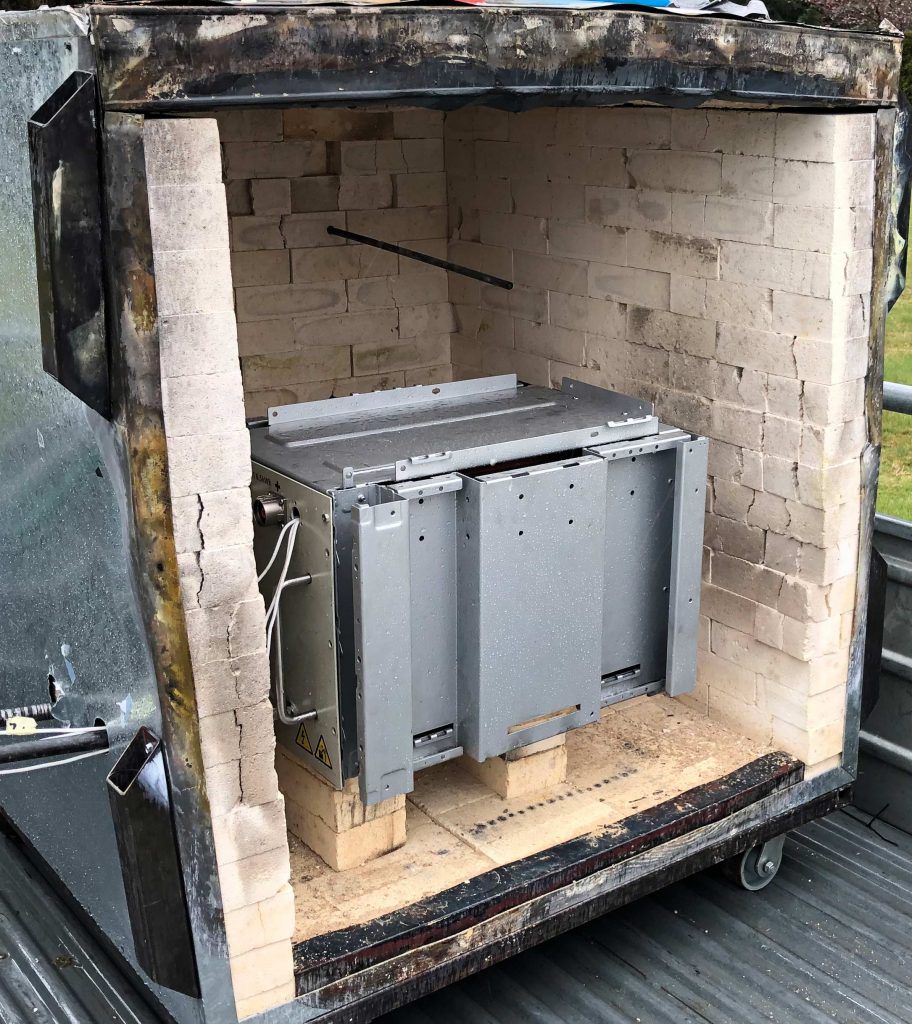 Standard SPBES Module and Racking, including all power electronics.  Changes to standard battery for test are as follows: 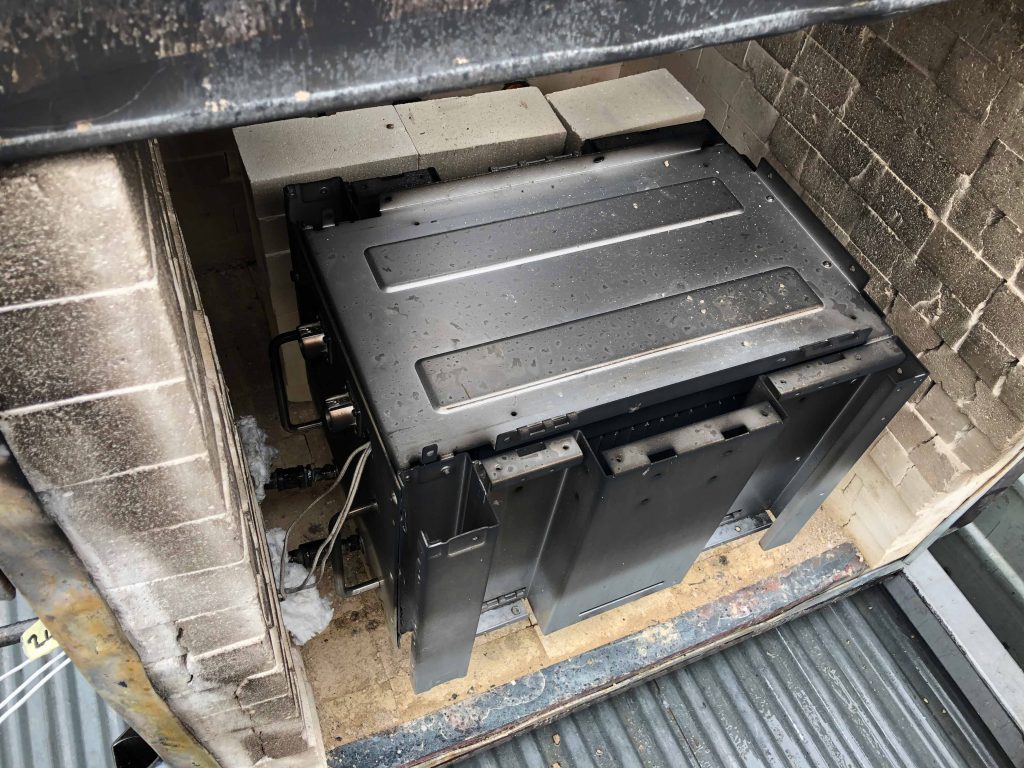 The battery module withstood the 60-minute heat with no visual degradation externally, no leakage from the cooling system and certainly no thermal event from the cells.  Cell temperature during the test never exceeded 19.7°C. As the battery was in such good condition after Test 1, it was immediately used for the higher temperature Test 2 – the battery was not stripped down between tests.

This test was also completed without interruption or issue.  The heat rise was controlled to follow the IMO FTP Code heat formula, starting at 20°C and reaching an average temperature of 9500C. The plastic fittings and the power electronics within the battery were melted and destroyed by the heat, but the main battery core containing the cells and the cooling system was completely intact.  During the test none of the lithium cells within the battery module went into thermal runaway – cell #1 temperature was recorded up to 154°C, with cell #24 reaching 396°C. However on examination of the cells, we have determined that this was due to melted plastics within the battery module reaching and affecting the thermocouple sensors.  Cell #2 recorded a more realistic maximum temperature of 64°C after 60 minutes.  Another test will be performed to validate the test results with more reliably located sensors, but our conclusion of physical examination is that the temperature of Cell #2 is likely to be a maximum of all of the cells.  The cells would have not survived either a 154°C or a 396°C temperature without bloating and failure occurring, and none of the cells on inspection were significantly physically damaged.

This picture was taken post both tests and shows the impact of the high temperature on the total surfaces, note the drooping power connectors on the front of the battery. Wires are the temperature sensors throughout. 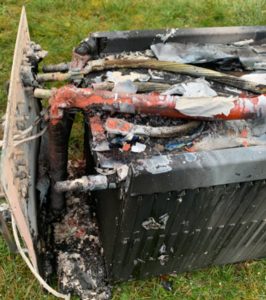 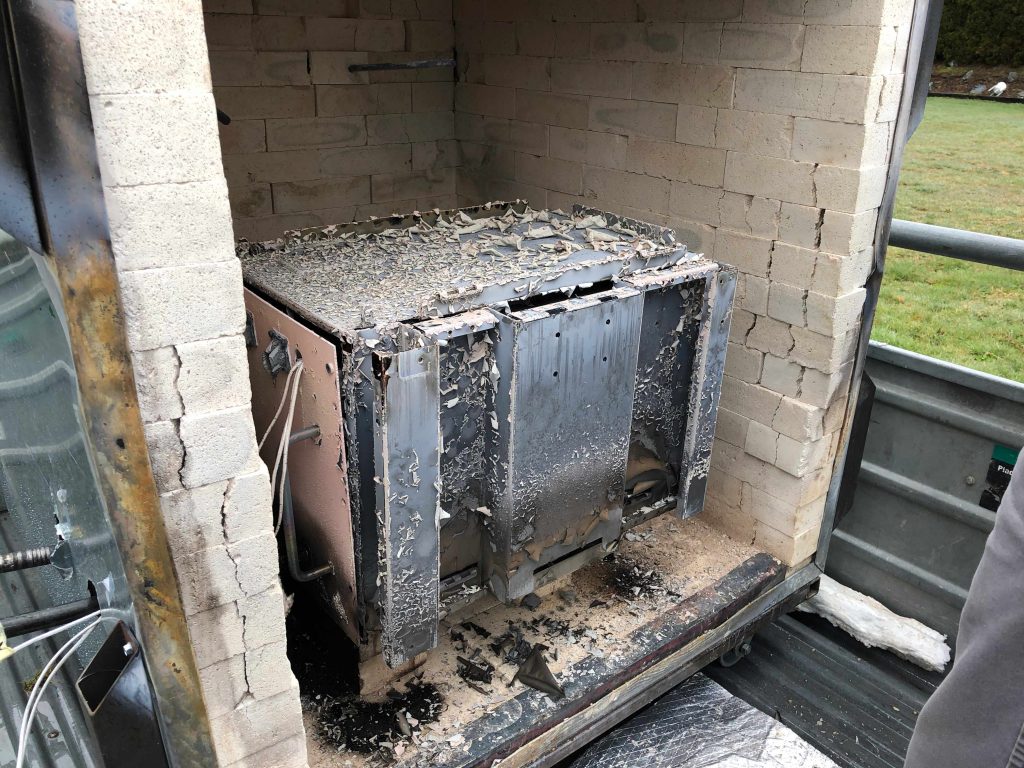 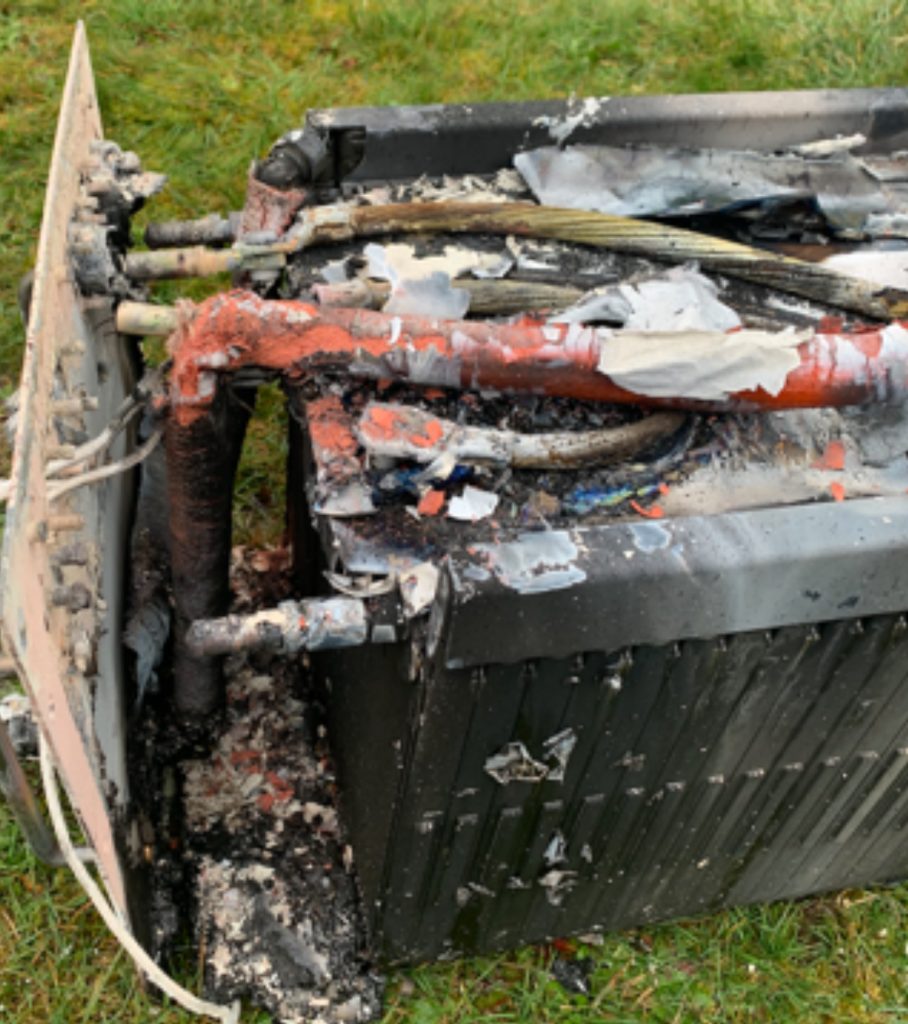 This picture highlights the incredible effect of high temperature fires.  If not insulated, everything is consumed.  Cell carriers were totally intact, no damage at all.

No damage occurred to either the gas seals or the water seals on the liquid cooling system. The vent survived without damage (high temperature seal intact also).

Incredible evidence of the damage of a high temperature fire, and the validation of the engineering in our thermal management system.  Note the failed tab isolators, mostly melted on the side exposed to the heat, and the gasket that contains gas that survived fully intact on the outside ring with no damage at all.  With the tab isolator removed, this cell carrier can be used again (it was already used in test 1 in December).  Cells in are in great shape overall.  Cell 2 was fully intact, graphite sheet in perfectly intact. Cell 2 was holding voltage 24 hours later. 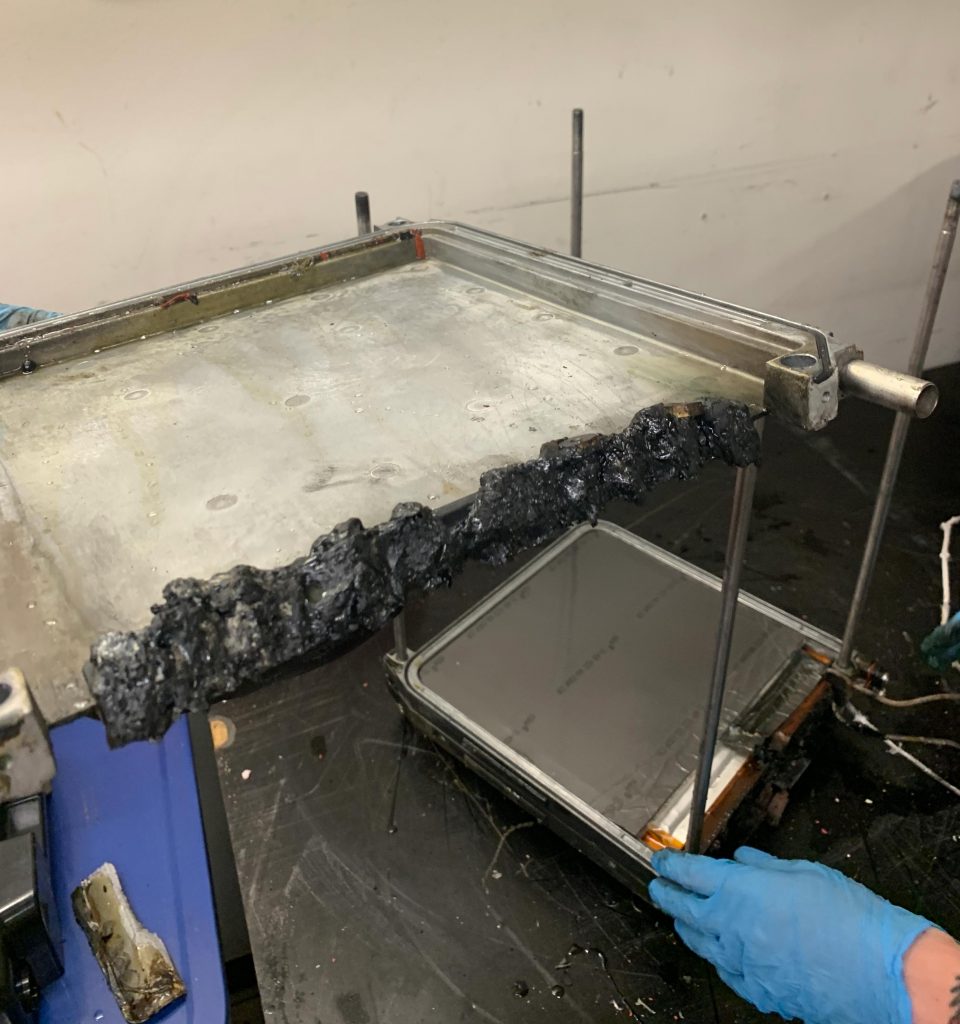 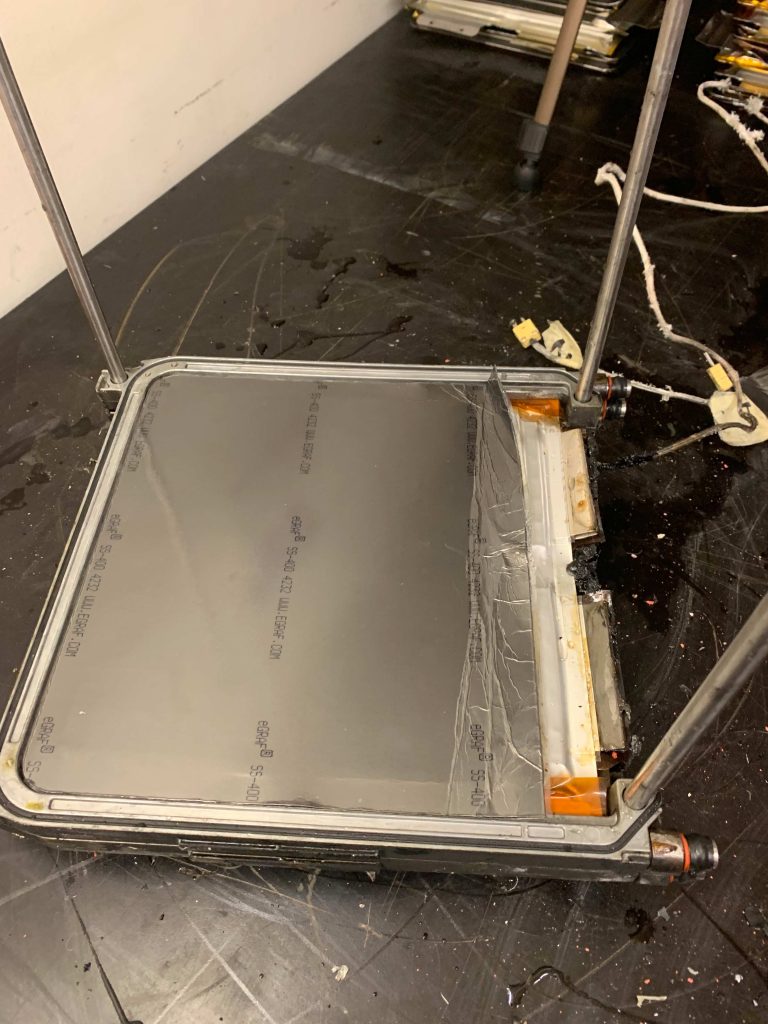 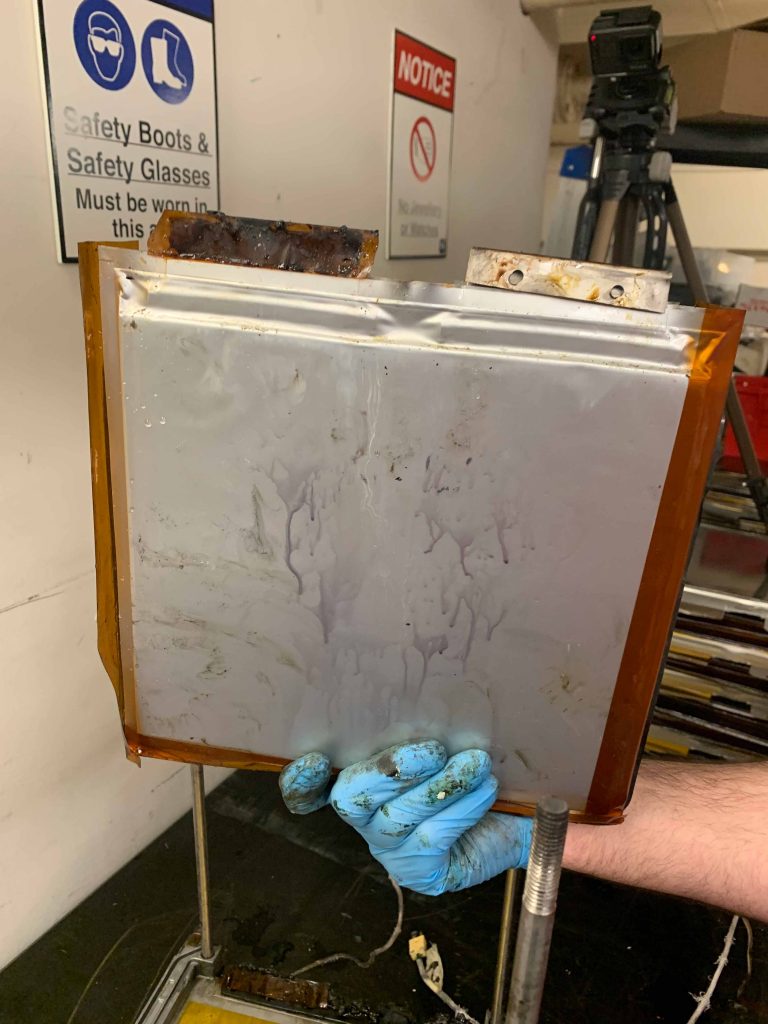 Our thermal management system is capable of protecting our lithium cells from contributing to a fire even directly in a A60 (up to 950°C) environment.  The battery did not go into thermal runaway.  When we completed the fire testing, it took about 20 minutes with no fire present to bring the cells down to about 25°C again, and after waiting about 24 hours, we were able to safely disassemble the batteries without any danger to workers, with no dangerous gases being emitted.

We are very positive on what we have achieved, but all test results will always indicate a way to improve even further.  Now that we are confident in our ability to manage thermal runaway at such extreme temperatures, we are going to take the next steps to reduce this risk even further:

Our next test for purposes of final validation of our batteries ability to prevent our lithium cells from contributing to a fire will be towards the end of April. We invite all Type Approval Agencies and Flag authorities to witness this next test.  The testing will as always be witnessed by a third party for validation, and the final test results will be reported by a third party for full validation and integrity.

Download the above Sterling PlanB report on the test here.